Liiga is the heart of Finnish hockey, attracting big interest and here we tell you everything you need to know about the Finnish hockey league.
The Liiga is the top league in Finnish hockey, featuring top level players and teams, and attracting huge interest, not just in Finland, but also around the globe. With excellent TV coverage, whether you are at the rink or at home, you can enjoy the action from Liiga and as part of that, there are many great betting markets created by Finnish bookmakers for the games that are taking place.


Fifteen teams participate in Liiga, and each team plays 60 regular season matches over a season (which runs from September to March). Though finishing top of the table in the regular season earns that team a trophy, it’s not the completion of the tournament itself.

The top six teams advance directly to the quarter-finals of the play-off portion of the season, and the teams who finish between seventh and tenth play in the wildcard round.

The playoffs are then best of seven encounters leading up to the Liiga final, which sees two teams fight it out for the Liiga Championship.
During the regular season, each team will play 60 games, beginning in September and playing until March. The winner of the regular season receives a trophy, though this is not as prestigious as the playoffs.

The Finnish hockey league winners are classed as the team that wins the playoffs. Those finishing in the top six during the Liiga regular season will automatically qualify for the second round of the playoffs, while teams ranked 7-10 will play each other to determine the final two qualifiers. These then play until just two teams remain, where they matchup to see who takes the gold medal and Liiga trophy. Playoff series are played as a best of seven games series.


Liiga is home to some of the best players in the world outside of the NHL, providing top level hockey for fans to enjoy.

Here are some of the names to look out for:


Teams in the Finnish Hockey League


15 teams take part in Liiga, spread across Finland and when it comes to names in Finnish hockey, these are the biggest out there. Below you will find the 15 participants, all aiming to win Liiga this season. Best players are ordinarily selected to represent Finland at the Ice Hockey World Championship games.

Who Will Win Liiga?


Last season Tappara won the Liiga title, easily overcoming TPS in the finals (4-1), and it was the team’s 15th title overall. The Tampere-based team is considered the favorite among the leading Finnish bookmakers, and they are followed by Karpat Oulu, TPS Turku, Ilves Tampere, and HIFK Helsinki.

The betting markets on Liiga are broad, and there are a number of exciting options to consider, from outright bets on which team will win the gold medal as well as individual bets on the matches that take place in both the regular season and the playoffs.

Whether you are an experienced sports bettor or a novice, you would benefit from taking a closer look at our ice hockey betting tips and strategy guides. 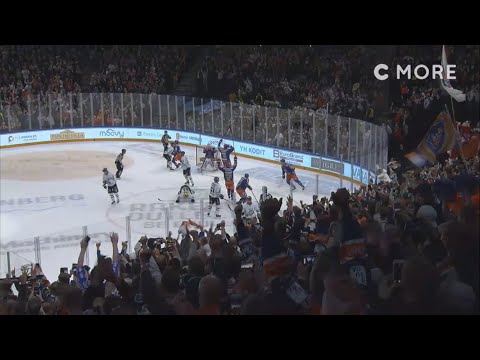 With so many involved, betting on the Liiga title winner is strong, with odds changing on a regular basis as teams show their strength and win games. Teams who finish in the top six in Liiga will automatically qualify for the second round of the playoffs, and for that reason, these teams will be favored by bookmakers to win outright. Learn more about icehockey betting here.


Liiga was founded in 1975, creating a professional hockey league for the top tier teams to play in. The creation of Liiga has been a big reason why Finnish hockey is now one of the powerhouses on the global stage, with many superstars coming through the ranks of the teams competing.