The Ice Hockey World Championships are the largest, most prestigious international team tournament in the world of ice hockey, and they are keenly contested every year. The best of the best face-off to find the nation worthy of the title of World Champions. It’s a tournament that is widely viewed and results in a large amount of sports betting interest throughout the world.

The 2023 IIHF World Championsip
Next year’s tournament is scheduled to be held from the 12th to the 28th of May and will be hosted by Finland and Latvia, taking place in the Nokia Arena and the Arena Riga respectively. The World Cup had previously been set to take place in Saint Petersburgh, but Russia was stripped of its hosting rights in February 2022 due to its invasion of Ukraine.

The seedings for the tournament have also now been released; for the preliminary round these are based on the 2022 IIHF World Ranking at the end of this year’s World Championship, with teams organized into Groups A and B as follows:

In terms of tournament news, speculation over whether the spectacularly successful Finnish coach, Jukka Jalonen, will continue in the role has been rife. Having led his team to victory in the 2022 IIHF World Championship as well as the Beijing Winter Olympics held earlier this year, his departure - or otherwise - could have a significant impact on Finland’s prospects. Odds are already available, with the Finnish team currently sitting on the lowest, ahead of Canada and Sweden.

The groups that make up the Ice Hockey World Championships are derived from each nation's rankings at the time of the tournament. Two groups of eight are split, with each team playing the other seven nations in their group.

Finland was awarded the second prestigious hockey title this year after winning the men’s world championship held in Tampere, beating Canada 4-3 in overtime. Photo> GettyImages The roster was comprised of players from the Finnish League, KHL and NHL.


14 teams will take to the ice in May, split into two groups. Below you will find the teams taking part this year.

The top four in each group following the opening stage then qualify for the knockout event, which starts at the quarter-final stage. Leading to the final game, which settles the nation that secures the gold medal.


Who Will Win the 2023 Ice Hockey World Championship?

Even though the 2022 Ice Hockey World Championship have only recently been completed, with Finland’s success coming in late May, the interest in the event is so strong that sports betting enthusiasts are already planning their betting strategy for the 2023 event that takes place in Finland and Latvia.

When it comes to making your Ice Hockey World Championships bets, it’s worth noting, especially nearer the start date of the tournament itself, that a number of players who are still on duty in the NHL post-season will more than likely miss out, and this can greatly affect the chances of a particular nation securing that all-important gold medal.

In the latest odds for the tournament, the hosts Finland are slightly ahead of the Canadians and are the favorites. Behind these two come the likes of the United States, Sweden, the Czech Republic, and Switzerland. 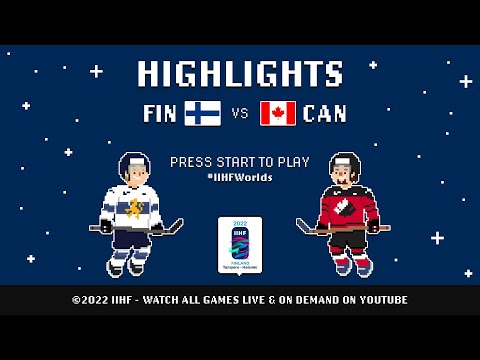 History of the Hockey World Championship


The first edition of this event took place back in 1920, when the competition formed part of the Summer Olympics. 12 teams took part in that event, and over the years, we have seen the competition grow to 16 teams. These are split into two groups of eight, although in 2022, 14 teams will take part, with Russia and Belarus expelled from the tournament.